Virtual Reality is immersing the user in a fully simulated digital environment. To accomplish this, the user must wear equipment such as a headset.

Virtual Reality is immersing the user in a fully simulated digital environment. To accomplish this, the user must wear equipment such as a headset. By occupying the user’s entire vision, the individual is immersed in an artificial world created by developers.

The user is then invited to look around and experience this 360 degree virtual environment and partake in what VR experience is offered. Ever since the Oculus Rift demonstrated prototypes in 2012, significant investments have led to gains in VR content, such as gaming. Popular games such as Beat Saber and other genre games such as fantasy have enveloped and captivated people experiencing other worlds.

VR has succeeded in other applications such as training Air Force and NASA pilots, offering a safer space to interact with and learn complex equipment. Also, other worlds and illusions are created to explore. VR experiences can simulate walking on the moon, or flying a plane.

For the VR experiences, people are required to wear a headset to completely cover the eyes. With Augmented Reality, users in most cases use their phone’s camera to view the real world and the added layers of virtual elements. This allows computer-generated items to interact and respond to real world physical things. VR, meanwhile, is entirely digital, and therefore has the freedom to create something completely new and separate from the real world.

VR and other forms of Extended Reality each have their own specific strengths and usefulness. While AR has the advantage of taking real world scenarios and inviting virtual interaction, VR creates entirely immersive virtual experiences. 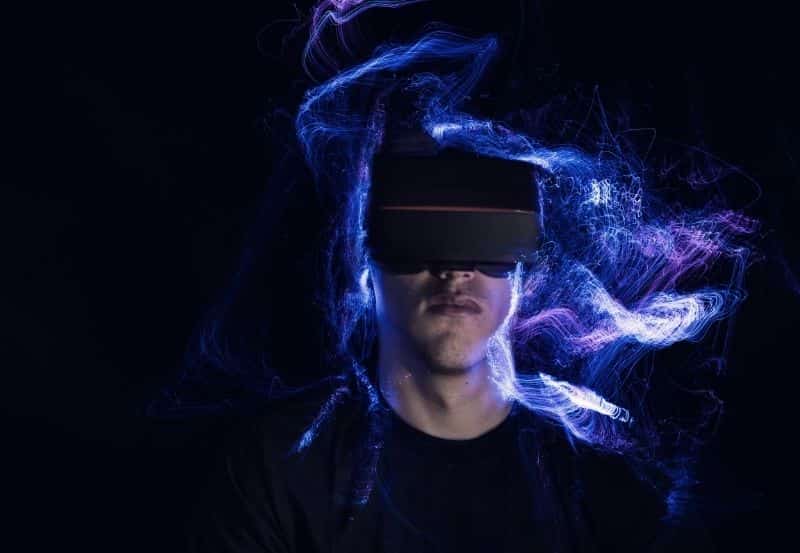