Degrees of freedom (DoF) is the name given to the number of basic ways a solid object can move through a 3D space. In total, there are six degrees of freedom. 6DoF relates to the translational movement along those axes, which are more commonly understood to be moving forward or backward, up or down, or left or right.

The first three, known as 3DoF, relate to the rotational movements around the x,y and z axes, which are known as roll pitch and yaw.

The additional three (6DoF) are a more sophisticated version of positional tracking which relate to the translational movement along those axes, known as surge, elevation and strafe; these movements are more commonly understood to be moving forward or backward, up or down, or left or right.

Surge is where a person moves forwards or backwards, for example, when walking.

Elevation is where a person moves up or down, when bending down or standing up.

Strafe is where a person moves left or right, when sidestepping.

6DoF is what allows a person to physically move around a virtual space instead of being anchored to one spot. Headsets which use (6DoF) tracking include Windows Mixed Reality, Oculus Rift and HTC Vive.

For VR experiences, 6DoF tracking is essential, it also gives the users more freedom to explore virtual environments and get up close to inspect details.

With 6DoF, the headset and the controllers are both tracked, this can be achieved through external sensors, called outside-in tracking, or through the sensors embedded in the headset itself, known as inside-out tracking. These sensors continuously relay position information of the headset and controllers back to the computer for seamless and accurate tracking. 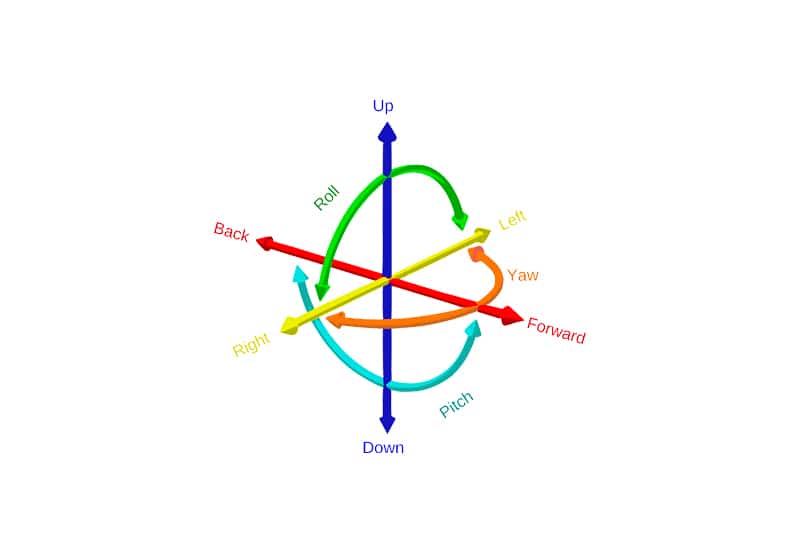