An Augmented Reality trigger is the use of a real world element such as objects or faces to place virtual content to provide the user an experience.

An Augmented Reality trigger is the use of a real world element such as objects or faces to place virtual content to provide the user an experience. Without this particular chosen physical item that exists in reality, the AR content wouldn’t be triggered to show.

There are a variety of different kinds of triggers developers can choose to initialize their AR content. A static trigger, otherwise known as an AR marker, is a predetermined image that will launch the AR experience. These can be QR codes, an image or a logo.

This type of AR trigger is popular with advertisers. They can utilize their own logo on their product packaging, such as a potato chip canister. In this instance, the logo on the packing is recognized, triggering the computer generated animation that follows. These virtual elements are layered on top of the physical item in the phone’s image. The benefit of using a logo for an AR experience is building a positive relationship between the brand and the consumer. This way the packaging stands out on the shelf amongst the competition.

Objects can also be used as three-dimensional triggers. The developers scan that particular object in all conceivable conditions, such as different kinds of lighting and angles. Then when the user scans a QR code to launch the experience, their phone automatically initiates the virtual elements when it sees the predetermined scanned object. For example, these traffic boxes are AR triggers to display this 3D animation on the user’s device while targeting the front of the box.

Triggers can also be markerless, or anything that can be scanned by developers to allow users to interact with it. 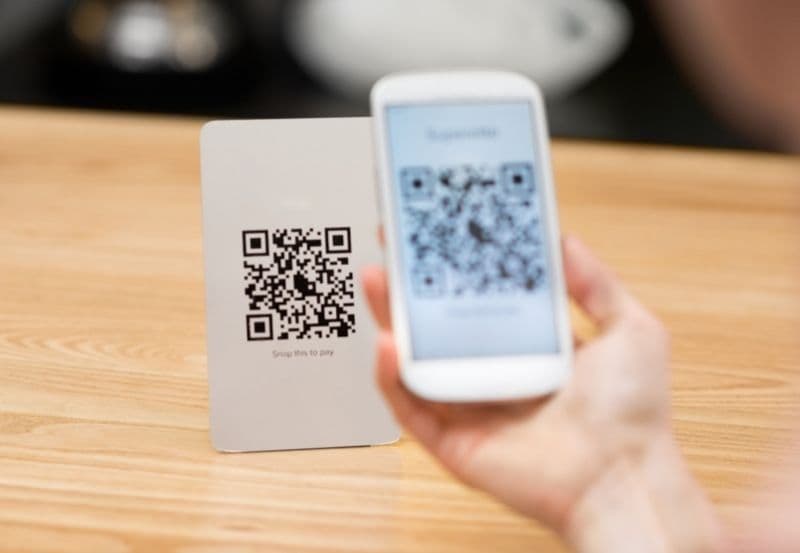